On June 15,  we celebrate the 800th anniversary of  Magna Carta. (Also known as Magna Charta.) In 1215, King John (1166-1216) signed "the Great Charter of the Liberties" that granted more protection under the law to the church and the barons, and limited the power of the monarch.  A council of twenty-five barons was created to implement and protect these changes.  This council contained the seeds of the English Parliament.   Read an excellent article about Magna Carta written by Daniel Hannan in the Wall Street Journal titled "Magna Carta: Eight Centuries of Liberty."  Although the liberties of Magna Carta seem paltry today,  they were revolutionary in the 13th century, and were the foundation for future freedoms and protections under the law for all citizens (not just the rich, the noble, and the male).

The "British History" series by Jones & Son (1826-1828) features at least sixteen English historical scenes, one of which is "Signing Of Magna Charta."  It is copied from the print,"The Barons Compelling King John to Ratify Magna Charta" from Hume and Smollet's "History of England Volume I (1824-1825)."*


*Both the pottery and the source prints for this series are found in Dick Henrywood's "The Transferware Recorder," which was published in 2013. 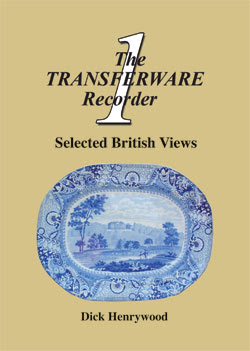 Posted by Judie Siddall at 7:06 AM