I have written about dogs before. There are so many transferware patterns that feature dogs.  Since this is a post about Chinese New Year, I'll show you patterns with dogs in the Chinoiserie or Chinese style. All of the patterns are from the Transferware Collectors Club Database of Patterns and Sources.  I found 491 patterns with dogs (not all Chinoiserie) by using the General Search of the database. If you like to look at transferware patterns, join the TCC.  There are close to 15,000 patterns. I know this is shameless promotion, but I am one of the editors of the database.

Chinoiserie patterns were among the most popular made by British factories in the late 18th and early 19th centuries, and they continued to be popular throughout the 19th century. All of the patterns below are from the first third of the 19th century.  The dogs are small, so look carefully. 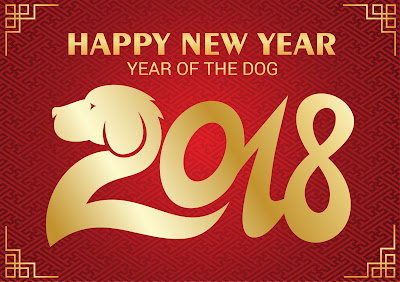 To see other posts about Chinese New Year and transferware, click on the links below.

Year of the Horse

Year of the Monkey

Year of the Rooster

Posted by Judie Siddall at 9:23 AM