I recently entered a sauce boat pattern into the Transferware Collectors Club database. It featured a reindeer, and was part of Enoch Wood & Sons (1818-1846) dinner service known as the Sporting Series. 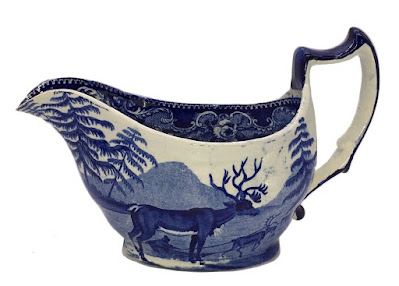 The Sporting Series is one of my favorites.  For a lover of animals, what could be better than a dinner service that shows a different animal on nearly each size and shape? I put a question mark at the end of the previous sentence, but I really didn't need to.  There seemed to be a lot of items from this series in the database. I counted, and found there are thirty-eight different patterns! The Sporting Series may be the series with the most patterns in the entire database. Or, the most patterns of any transferware series.

I have written about this series in other posts: Polar Bears on Transferware. 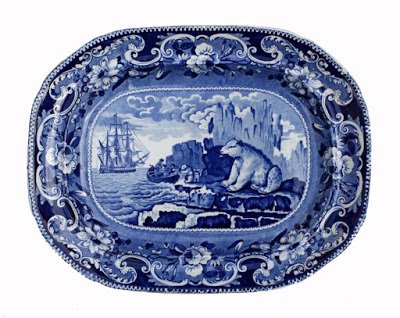 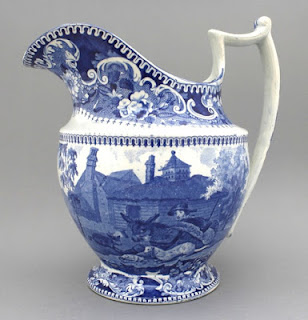 And, Lions on Transferware 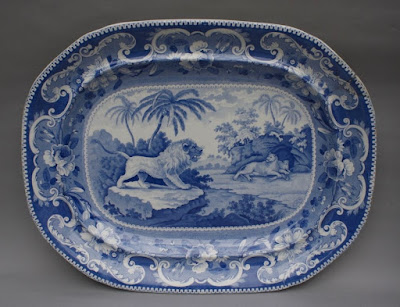 Below is the pattern that initiated my love for the Sporting Series: Setter. 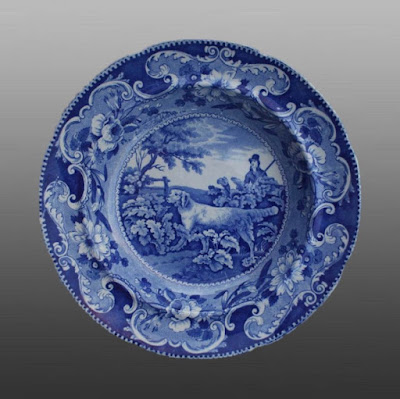 The dog looked so much like my sister's beloved golden retriever. However, I learned that the breed didn't exist in 1825. (I love learning new things because of my study of transferware patterns.) I have owned my Setter soup plate since 1977, but I found another to give my sister for her birthday.

I have shown you four patterns from this series. If you want to see more patterns, search Sporting Series in the TCC database (TCC members only), or the free online exhibit "Printed British Pottery & Porcelain 1750-1900."

One last thing.  Here's a few of the Sporting Series patterns in a private home. Wish they were mine! 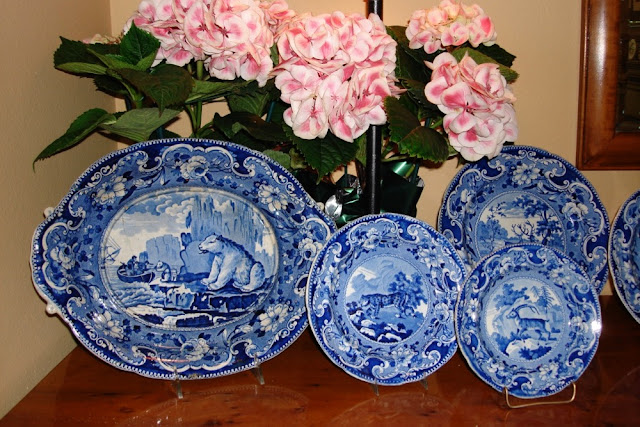 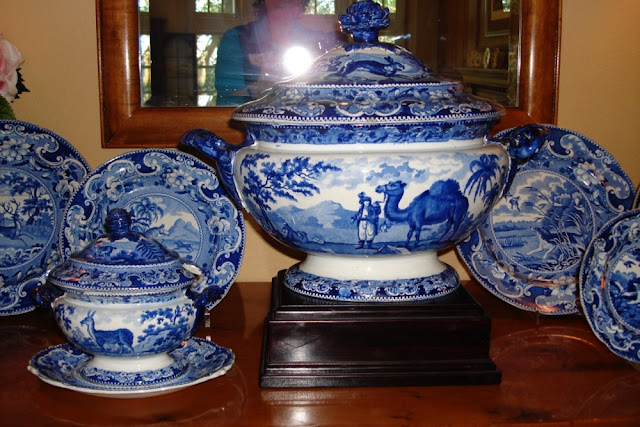