TRANSFERWARE TILES AND THE MINTON LIBRARY

What does transferware have to do with libraries?  The members of the Transferware Collectors Club had the pleasure of seeing the wonderful literary tiles in the Minton Library in Stoke during the 2015 ceramics tour.  The tiles had been covered over more than 50 years before by paint, wallpaper and shelves,  but were in the process of being restored. (Notice the mustard and green paint surrounding the tiles above.  The block of wood probably held up a bookcase).


Here are a few tiles that illustrate some of Shakespeare's plays.  These patterns include the Act and Scene.


What could be better than a library tiled with literary subjects? 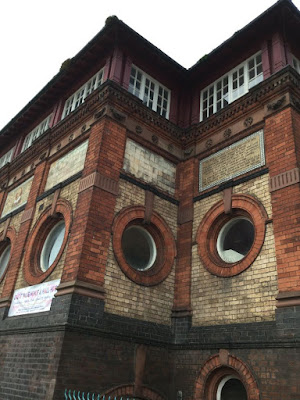 Below are some tiles that illustrate Bible stories and Tennyson's "Idylls Of The King."

One more photo that illustrates one of my favorite fairy tales: Beauty And The Beast.

Posted by Judie Siddall at 6:13 PM