Gnus are not common animals on transferware. There are lots of sheep and cows, but not too many gnus.  A helpful transferware collector sent me a photo of a knife rest with the gnu on one side and a grys-bok  (also grysbok) on the other side. The gnu and grys-bok are unusual to find on a piece of transferware, but it is also unusual to see a knife rest printed on both sides.

Both patterns are copied from Thomas Bewick's 1790 book "A General History of Quadrupeds." 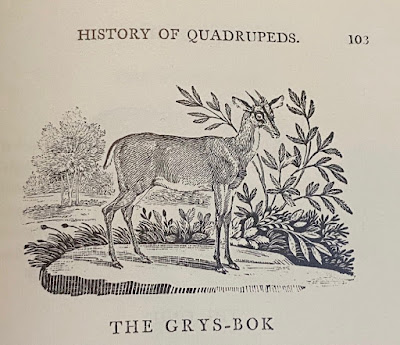 I wondered if the gnu appeared on any of the patterns in the Transferware Collectors Club database of patterns and sources. I found a gnu in the border of an "Arctic Scenery" platter.  For TCC members, this is pattern #10689.

I also wondered if the gnu appeared on any other items in Enoch Wood's Sporting Series. I found a basket among my many thousands of photos that showed a gnu printed on the outside under the piercings.

What is a gnu? A gnu is an antelope. It's also known as a wildebeest.  A grys-bok is also an antelope. I haven't found another grys-bok on transferware yet. I shall keep on looking!

One more thing. What is the difference between an antelope and a deer. A male deer has antlers which he sheds and grows every year while an antelope has horns that are permanent.

And another thing. The center of the basket is the Polar Bear pattern. 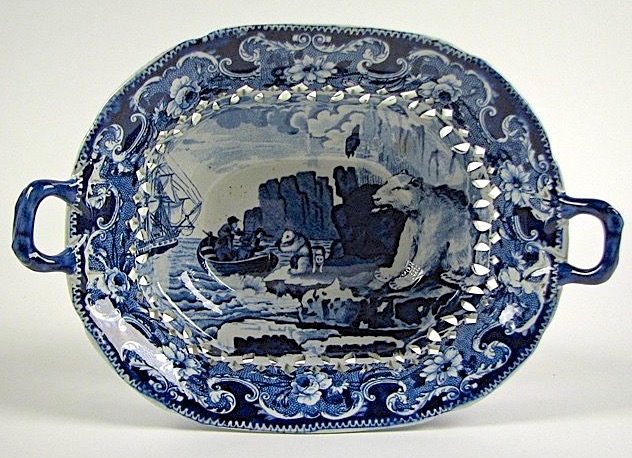 Posted by Judie Siddall at 7:34 PM