This is a repeat of last year's post.  I am reading Walter Isaacson's biography of Benjamin Franklin, so the maxims are even more meaningful (to me).  Have a healthy, wealthy and wise 2016!

Benjamin Franklin is famous for lots of maxims (proverbs or sayings) that encourage good behavior and offer good advice, and many are found on plates and mugs made for children.  I thought I'd show some that have morphed into my New Year's resolutions.  "Experience keeps a dear school, but fools will learn in no other," is one of my favorite maxims.  I have often wanted to say it to friends and family, but knew it would offend.  So, I use it to remind myself that I am never too old to be foolish.   Or, "Dost Thou Love Life Then Do Not Squander Time.  There Will Be Sleeping Enough In The Grave."  I shall remember not to waste the time I have left.


Franklin's maxims about work are priceless (I have used this word on purpose): "Keep thy shop and thy shop will keep thee" is something I remind myself often.   This maxim is supported by another: "If you would have your business done go if not send."

Posted by Judie Siddall at 11:26 AM No comments:

THE ZSL LONDON ZOO ON TRANSFERWARE

The London Zoo appears on many pieces of 19th century transferware,  so I decided to visit the zoo when I was in London for the annual meeting of the Transferware Collectors Club.  (A brief history of the zoo can be seen in my post "Transferware Zoo Patterns #1").  A few of the original buildings not only exist, but are still in use.  Unfortunately, these buildings are not well represented on the zoo patterns.  That said, I needed to look carefully at the zoo patterns in the Pattern and Source Print Database of the TCC.  It was a bit like "find the hidden picture" game I enjoyed so much as a child.

The Clock Tower (1828), designed by Decimus Burton, the zoo's first architect,* appears on many lithographs of the early zoo.  It was built to house llamas or camels, but now is used as a first aid station.  Almost all of the early 19th century animal houses are considered much too small for animals of any kind today.

The Ravens' Cage (1829) was also designed by Decimus Burton.  According to the sign, it was originally used as a summer residence for macaws, and it later housed ravens.  It was used recently as a feeding station for sparrows, but it is mainly of historical interest.  The cage suffered severe damage during the bombing of London during World War II, and was rebuilt.

The East Tunnel (1829-30), designed by Decimus Burton,  linked the North and South parts of the zoo for the first time.  David and I walked through it in October.

I have shown you mainly zoo patterns that feature buildings that are still at the London Zoo; the Clock Tower, the Ravens' Cage, The Tunnel.  The Giraffe House only appears on a newspaper print,  but the print shows the same giraffes found on the platter above.  The platter is copied from a George Scharf  (early zoo artist) print, which is seen below.

There are two series that feature many London Zoo patterns;  "Zoological" by Robinson, Wood & Brownfield and "Zoological Gardens" by Ralph & James Clews.  Not surprisingly, there are also many zoo patterns found on children's plates.   That, however, is a post for another day.

One more thing.  As I was leaving the zoo, I noticed posters that showed some of the endangered animals that are helped by the ZSL (Zoological Society of London) or, more simply, the London Zoo.   I always need to be reminded that zoos are not only for children's or adult's entertainment, but are societies that help preserve animals.  The ZSL was originally formed in 1826 to study animals, and it still does.  A good place to learn more about the ZSL is their website and their Facebook page.

*Information about the architecture at the zoo can be found here.
Posted by Judie Siddall at 1:59 PM No comments:

THE SIXTH COMMANDMENT ON TRANSFERWARE


There is a series of 19th century transferware children's plates titled "The Commandments." The ten commandments are excellent patterns for children's plates, which were often intended as teaching tools as well as gifts.  Although the pattern above may seem inappropriate for young children, it is a starting point to teach children about the sanctity of every life.  It is also an opportunity to discuss the difference between killing and murder.

I have been thinking about murder lately.  What constitutes murder?  How is is different from killing?  Is there a difference?

The Biblical injunction "Thou shalt not murder" orders us not to take the life of another human being.  However, there are Biblical exceptions such as battle, self-defense, and the death penalty.  These deaths may be justified.  By extension, there are also accidental (without intent) deaths caused by mistake and negligence. Arguably, these are not murder.   However, "Thou Shalt Do No Murder" is clear about some deaths.  Unjustified and planned killing of unsuspecting and innocent people in a bar in Paris or a holiday party in San Bernadino is murder.  It is as simple as that.  At least, it may be  simple to a child.


Posted by Judie Siddall at 4:04 PM No comments: 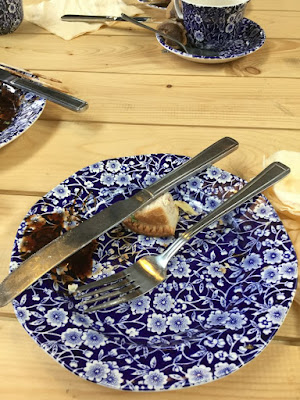 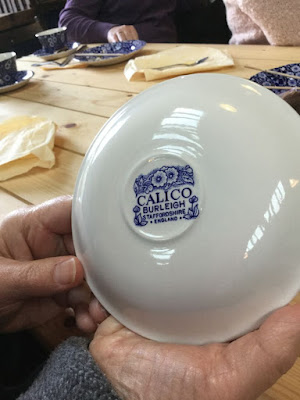 
Posted by Judie Siddall at 3:42 PM No comments: