A GRANDMOTHER'S GIFT AND TRANSFERWARE

Can you ever have enough transferware?  Grandchildren?  For me, these are rhetorical questions.  My friend, Dora, would agree. 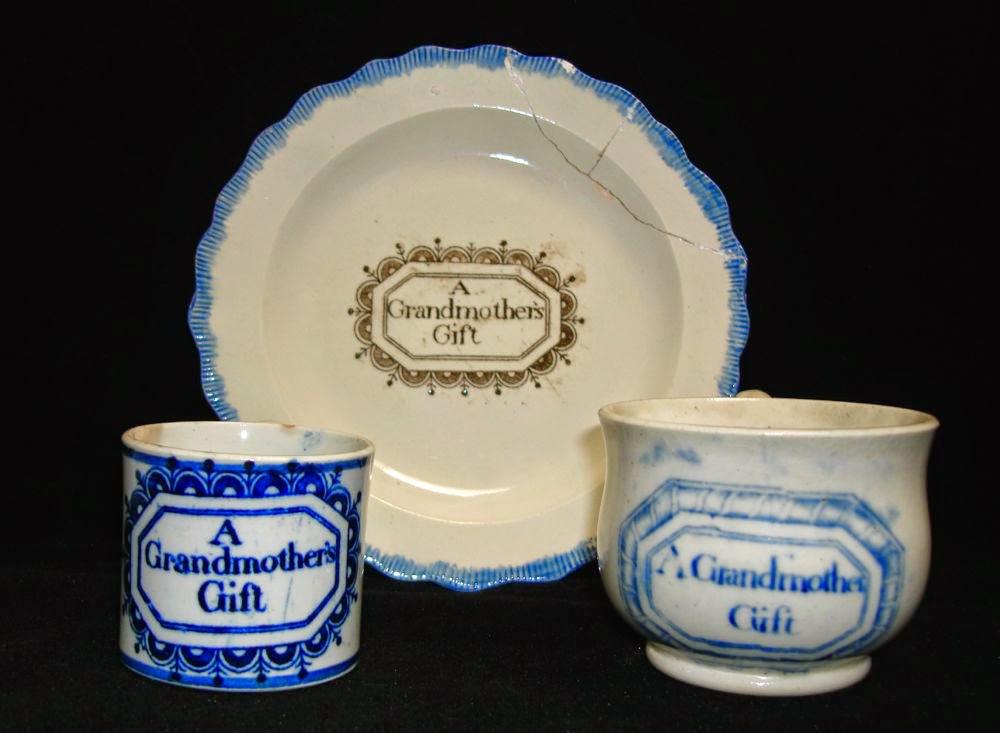 I recently bought a posset* cup that says A Grandmother's Gift.  I already had a small mug and a broken plate that said the same.  They are relatively rare.   And nearly 200 years old.  A Grandmother's gift is more than a mug or plate.  It symbolizes all you desire for the little ones: health, love, and happiness.  And a little luck. 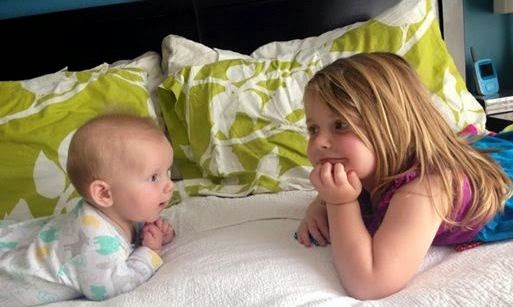 *Posset is a British drink of warm milk curled with wine or similar and often spiced. From medieval times up until the 19th century it was often given when a person was unwell and could not eat solid food. Thanks to Nilly of Nilly Hall for this information.
Posted by Judie Siddall at 7:16 AM 4 comments:

THE TEMPERANCE MOVEMENT ON TRANSFERWARE

What does the Temperance Movement have to do with children's ware?  The 19th century saw a shift from railing against the consumption of alcohol to organizations that promoted either moderation or abstinence.  An excellent way to market the dangers of alcohol was through children.


There are many transferware children's patterns that are associated with the Temperance Movement in Britain, but some are quite inappropriate by today's standards.   One of the most egregious pattern series is The Bottle.  The patterns were copied from a book titled The Bottle with caricatures by George Cruikshank and text by Dr. Charles Mackay.  The plates on which the patterns were printed were cheap so that even the poor could afford to give them to their children.  There are eight patterns that follow the downfall of a family from the first drink, loss of the home, death of a child, prostitution of the other children, murder of the mother by the father, and the imprisonment and insanity of the father!  Although totally melodramatic, The Bottle patterns are the ultimate teaching tool for young minds.

An excellent discussion of The Bottle is found in an article from Princeton University.  The highlights are:  100,000 copies of The Bottle were sold in the first few days after it was published in 1847; Cruikshank was an alcoholic who decided on becoming a teetotalist; Cruikshank's father died of drink.

Other patterns for children also used scare tactics.  The Drunkard Shall Not Enter The Kingdom Of God would have been taken more literally in the 19th century than today.  The all-seeing Eye of God is at the top of the pattern and the shield bears the words: Intemperance is Ireland's Bane, England's Curse, and Scotland's Woe.  The Ten Commandments and the Bible are on the ground.


The 19th century saw the birth of temperance organizations that preached moderation or abstinence.  Some had religious roots such at that founded by the Roman Catholic priest Father Matthew.  Theobald Mathew or Matthew (1790-1856) was part of the Total Abstinence Society. The movement with which his name is associated began in 1838 and relied on one enduring act of will to keep a person sober for life.  It was called simply The Pledge.  It could be made by anybody, either with or without an alcohol problem.  Children as young as six were recruited.

The Band Of Hope, named by an Irish Presbyterian minister's widow, Anne Carlile, was formed at a Leeds Sunday school in 1847 by Jabez Tunnicliff.  It became a temperance offshoot of the Sunday School Movement.


The Transferware Collectors Club Pattern and Source Print Database has dozens of temperance related patterns.  I have shown you a few of them.  Some of the patterns are historically interesting, some are inappropriate for today's children, and some are both. One of my favorite inappropriate patterns is an alphabet plate that uses a drunkard to illustrate and teach the letter D.  I would have chosen a dog.

FATHERS AND GRANDFATHERS ON TRANSFERWARE

MOZART, THE MAGIC FLUTE, THE MASONS AND AMERICA

While waiting for Mozart's The Magic Flute to begin, I read the notes in the program titled Mozart's Die Zauberflote (Magic Flute) A Masonic Perspective by Tom Ellison, Past Master, Masonic Lodge 712 in California and chorus member of West Bay Opera (Palo Alto, California).  I knew that Mozart was a Mason, as were many 18th century luminaries such as Joseph Hayden and Benjamin Franklin, but I didn't know much about the Masons (also referred to as Freemasons).

I learned the Masons are one of the oldest continuing fraternities in the world.  Their philosophy (with lots of variations) centers around spirituality without being tied to one religion.  Freemasonry is not intended to replace one's own religion. There is a moral quest to improve oneself.  In the fraternity, all men are treated as equals despite differences in education, class and finances.

As one thing leads to another,  I decided to look for Masonic patterns in the Transferware Collectors Club Pattern and Source Print Database in the hopes of leaning more about the Masons.  I remembered that I entered a Masonic pattern in the Children's Subjects Category of the Database.  It features a maxim by Benjamin Franklin (remember that he was a Mason) and a  large compass (the Masons began as a Medieval Stonemason's guild and a compass was one of their symbols).

Along with the compass, other symbols are drawn from the manual tools of stonemasons such as the square, the compass, the level, the plumb rule, the trowel and others.  A moral lesson is ascribed to each tool.  For example, the compass lesson of Franklin's Maxim:  Keep within compass/And you shall be sure/To avoid nasty troubles which others endure is circumscribe desires and passions.

The square and the compass joined together is possibly the most identifiable symbol of Masonry.  I found the symbol in the border of a States Series platter by James and Ralph Clews (1814-1834).  The States Series is an iconic Historical American pattern that celebrates the new United States.  The outer border names the first fifteen states to enter the Union and the figures on either side of the inner border depict Justice on the left and Liberty on the right.  They stand on plinths that say America And Independence.

The square and compass appear on the carpenter's (or stonemason's) apron that is worn by Justice.  The square symbolizes squaring our actions with all of mankind (or the Golden Rule) and the compass, as said, teaches circumscription of personal passion.  The apron is given to every Masonic acolyte; it symbolizes innocence and aspirations for great achievements.   Justice holds a portrait of George Washington who was a Mason.   In addition to Washington and Franklin there are other founding fathers who were Masons such as  John Hancock, the Marquis de Lafayette, and Aaron Burr (see the list of American presidents who were Masons at the end of this blog).  The Masonic philosophy of free thinking and self determination appealed to the early founders of the United States.

The words on a  3.25 inch mug (perhaps intended for a child), are a variation of the better known A listening ear, a silent tongue, and a faithful heart.  These word are used in the ceremony for beginning Masons.


According to the TCC database, The Watchfull Eye probably refers to the all-seeing Eye of God which is one of the main Masonic symbols.  It is found on the back of the American one dollar bill atop a pyramid which is another Masonic symbol.  George Washington, of course, is on the other side of the dollar bill.

Freemasonry was very popular in the United States, as it was in Britain and Europe.  But after the French Revolution, many monarchs were concerned that the  Masons' ideas of independence, self determination and equality were the opposites of monarchy and privilege.   Many lodges of the Masons were shuttered.  Sadly, within a year of Mozart's death in 1791, Masonry was made illegal in Austria.   However, the Masons flourished in the United States.

This is a circuitous essay, a bit like Pamino's wandering in the forest at the beginning of The Magic Flute.  However, as I have said before, one thing leads to another.  The use of the TCC Pattern and Source Print Database opened my eyes to the importance of the Masons to the early leaders of the United States.