A PRESENT FROM THE STAFFORDSHIRE POTTERIES

When I was a child in the 1950s, my grandparents brought me a pink glass flamingo from Florida. The base of this gift said "Greetings From Miami Beach." They knew I'd like this pink souvenir. I did like it, but I loved that they thought of me when they were far away. Now that I'm a grandmother, I  think about my grandchildren when I am away from home. I recently brought them stuffed bison from North Dakota and red money boxes from London.  I don't know when souvenir giving became popular, but I imagine it is an ancient custom. The word "souvenir" means "to remember" in French. It is from Latin "subvenire" which means "occur to the mind."


The item below is not from the early 19th century. It is a coaster that was made for members of the Transferware Collectors Club who attended the TCC meeting in England in 2015. Notice that it is the same pattern as the 19th century plate at the top of the page.  I use it everyday.  It sits on my desk and usually holds a cup of coffee.  It always reminds me of the Staffordshire Potteries and the excellent 2015 TCC meeting. 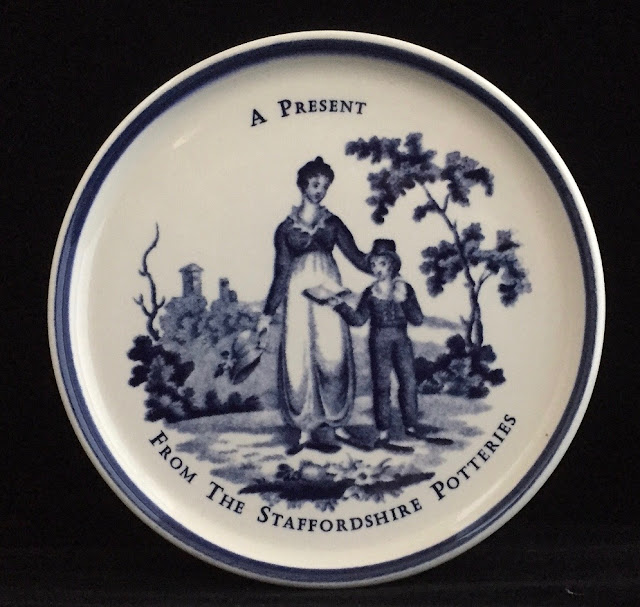 A 4.5 inch coaster made for the 2015 TCC meeting in England. Notice that this is the same pattern as the early 19th century plate above. 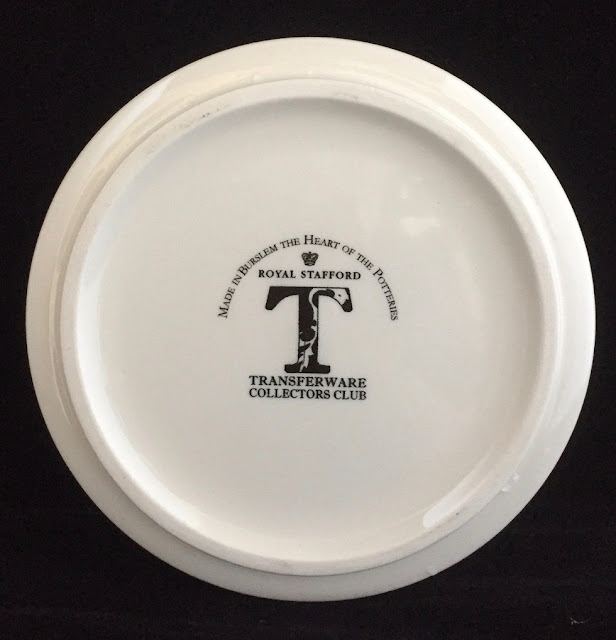 The back of the coaster reminds me of the wonderful TCC meeting in 2015, and it advertises the name of the Pottery that made it, "Royal Stafford, Made In Burslem The Heart Of The Potteries."

Posted by Judie Siddall at 2:37 PM No comments: