I often wondered why there were so many transferware patterns that commemorated the Crimean War (for example, there are 25 Crimean patterns in the Transferware Collectors Club Pattern and Source Print Database.)  In the last few weeks, I have learned a lot of Crimean history as well as current events.  An excellent article by David M. Herszenhorn in the N.Y. Times titled Crimea's Bloody Past Is A Key to Its Present helped me understand more clearly the importance of the mid-19th century Crimean War. 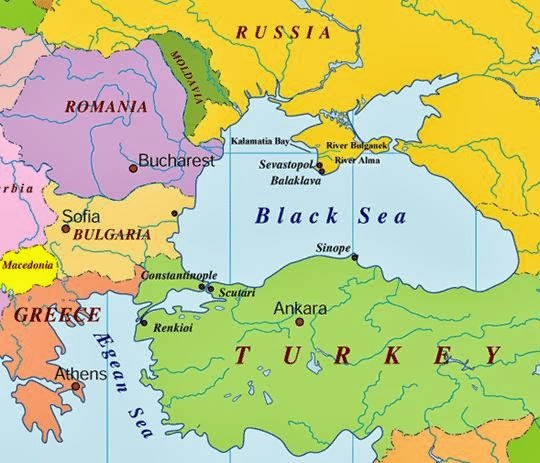 Where is Crimea? I have to admit that I wasn't sure where it was.  I did think it was part of Russia or the Ukraine (all four of my grandparents were from the Ukraine and they used the article the when speaking about their homeland). You can see that Crimea and Ukraine in the map above are part of Russia. They are not part of Russia in the map below.  Ownership seems to change often. 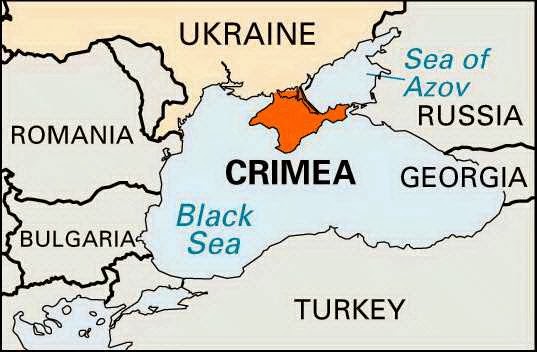 The Crimean War (1853-1856) pitted Russia against the alliance of Britain, France and the Ottoman Empire (the Kingdom of Sardinia is somewhere in there too).  It is considered the first modern war.  Nearly a million men were killed, and it  was the first conflict to use photography, the telegraph and newspapers.  I read that the seeds of many of the 20th century wars were sown in the Crimean War.  Twenty-first century wars too.


Now for some transferware. Below is a jar showing The Landing of the British Army At The Crimea.

The pot lid below is titled Alma which was one of the first major battles of the Crimean War.  The men were some of the major players (an odd word for warriors): Omar Pasha, an Ottoman general; Lord Raglan, commander of the British forces; Marshal St. Arnaud, commander of the French forces; and the Duke of Cambridge, Prince George, the grandson of George III.

The jar illustrates a scene from the battle of Balaclava, and the plate shows Sebastopol, also spelled Sevastopol, which was the site of a year-long siege.

Below is a jug that shows two scenes from the Crimean War; Alma and Sebastopol.

As I have mentioned in prior posts, British potters capitalized on popular culture.  Although not transferware, there are many Staffordshire figures that feature Crimean War subjects.